Generally speaking, I’ve always had very good skin. Like most other people, I would get spots at certain times of the month and when I was stressed, but I would never go so far as to say that I had ‘acne’. My skin type is normal/dry, which is not the typical skin type to get bad acne.

I used to take Tetralysal for my skin when I was about 14 (2010ish) to deal with the spots mainly on my chin and at the time it did clear them up, but my spots weren’t serious. When I stopped taking it, I didn’t notice any difference.

When I started to take the pill (2013), I was sure to find one that was skin friendly, as my first pill (Microgynon) made me break out. However, the pill started to affect my mental health, so I was switching pills pretty regularly to boost my mood. After nearly 2 years of being on crappy pills, I decided the pill was not for me and opted to have an IUD fitted in the May 2015. I was told that the Mirena IUD (the coil with hormone) had the potential to cause skin problems, but I went with the hormone option as it was supposed to be better for my mood. For the first few months, everything was great: my skin stayed the same, my mental health was much better and I was feeling much happier. However, when I moved to Spain for my year abroad in September 2015 my skin went downhill fast. I remember noticing in October time around my birthday that I had a lot more spots than usual, they were much bigger and in places I don’t usually get them. The main difference was that these were big, red spots that didn’t come to a head, unlike the spots I had before. I started to get cystic acne on my cheeks which moved down onto my jaw. I couldn’t work out what was causing it! I started using a new skincare kit, but didn’t see any sort of progress. 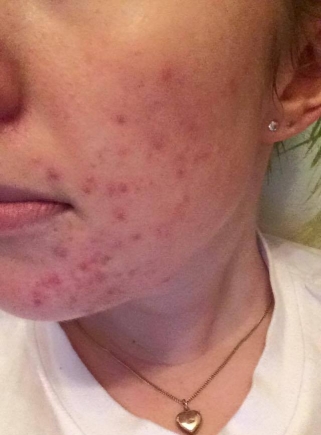 As I was living abroad, I didn’t feel as though I could go to the doctors about this as I didn’t really know how to vocalise my issues and my medical Spanish was practically non-existent. I went to the doctors at home when I was back for Christmas and was given a topical cream called Differin to keep things in check. This did help a little, but didn’t offer me the results I was really hoping for. I did some research online about African Black Soap, which for me helped to keep my acne under control. I would wash my face with it twice a day and it would visibly lessen any flare-ups by the next morning. If I didn’t use it one day, I would notice an immediate difference. I started to do research online for some solutions and came across Roaccutane. For anyone who has ever looked into Roaccutane, you will know that the list of possible side effects are looooooong and pretty scary. They go from minor things like dry lips to really serious things like depression and suicidal thoughts. I was worried whether my mental health would be okay if I were to take this, but I knew that I wanted to try it. I sussed out eventually that it was my IUD that was causing my acne, but again I didn’t feel like I could get it taken out in Spain.

When I got home in June 2016, I pushed to see a dermatologist. My parents had private health care and I got to see a private dermatologist about my skin, which was possibly the most disappointing appointment I’ve ever had. Despite the fact that I have dry skin, the Harley Street ‘expert’ tried to tell me that I probably have acne because I use too much moisturiser, which was pure bullshit. I knew that if I stopped using my moisturiser that my skin would feel like it was about to crack and that the Differin would completely dry me out. As my acne was considered ‘chronic’ by the private healthcare provider (which I knew mine wasn’t), I couldn’t continue to get my dermatology on privately and had to go through the NHS (which has a 16 week waiting list). I tried to get my IUD out as soon as possible (in the summer of 2016), but couldn’t get it taken out until November 2016. By that time, I had gone back to the doctors and really pushed for Roaccutane. To be able to get it, you have to have tried 2 other medicines first that haven’t worked. It is seen as a last resort medicine because of how heavy duty it is. In the meantime, I had been prescribed Trimethoprim which is actually a drug to deal with bacterial infection and happens to have positive effects on acne. This actually really helped to tame my skin, but it was definitely not a long-term solution. I got the approval to get Roaccutane and started my journey in March 2017. 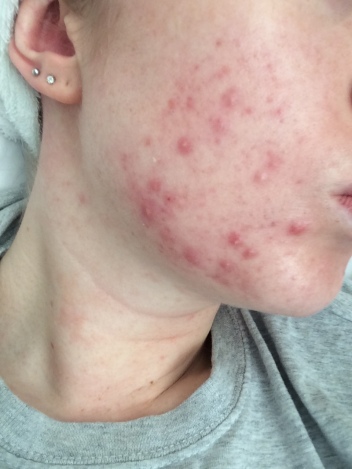 Roaccutane works by reducing the amount of natural oil that your skin produces so blocked pores are less likely (as acne is often caused by over-active oil glands, for people with oily skin – again, I was the exception). It also kills the bacteria that causes acne, and relieves redness and soreness.

This drug is definitely heavy duty. You have to have a blood test before they can prescribe you to make sure that you’re in good enough health to take it. Then for the first month you have to go back for another blood test to make sure there is no negative effect on you. You only get given a months dosage at a time, so you have to go back each month (which for me was super inconvenient as the dermatologists was a 20 minute drive away when I had no means of getting there). They calculate your dosage based on your weight. I was having 75mg a day which was super high. You also have to bring a urine sample to each appointment so your doctor can do a pregnancy test. From the very start they are very clear about the fact that you SHOULD NOT get pregnant while on this medicine, as it can result in foetal deformities. You’re also told you should not drink too much alcohol as this medicine already has to be processed in the liver, and adding alcohol into the equation too may effect how effective the medicine is.

The side effects were no joke.

I went through a few phases of having massive nose bleeds on a daily basis, including at the library while studying for my final year exams and on holiday in Rome. However, for all the side effects I had, this medicine was totally worth it. My skin instantly got better, and I can honestly say my acne has been cured. Towards the end of August, everything started to get a bit much side-effect-wise. I was on holiday with my boyfriend in Rome and I was having really bad nose bleeds every day, including once over dinner. I was super tired, was snapping at him a lot and getting really emotional over silly things, and I made the decision to stop taking my medicine. A course of Roaccutane lasts for at least 5 months. Having started in March, I should have finished in July. However, I was told that because I started on a half dosage that I’d have to take it for at least another month. That would have taken me to the middle of August, so I had done my time. After about a month, I noticed my side effects start to lessen. My dry lips and skin eased fairly quickly, but things like the tiredness persisted a little longer. The only side effect that has persisted is the sensitivity to sunlight, which is kind of annoying but if that is the price I have to pay for perfect skin now, then I’ll take it.

I have not had a single spot since I stopped taking this medicine in August 2017. My skin is better than it ever has been. I do still worry about scars on my cheek, but I’m not sure whether this is an issue that actually exists or whether it’s in my head. I know that my acne was caused by an external factor, rather than because of oily skin or genetics. 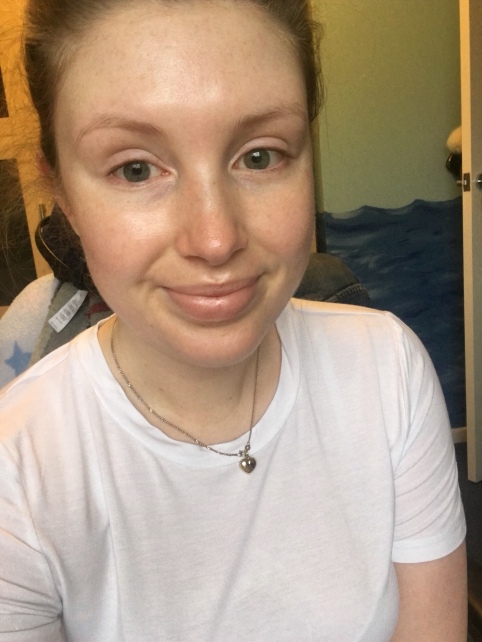 My skin currently (April 2018, without make up)

Now I have 0 spots. My skin is completely smooth and feels amazing. When you’ve had such bad acne, it’s such a blessing to finally have clear skin. It’s certainly not anything I take for granted anymore.

I’m very aware that Roaccutane doesn’t work for everyone, or that some people have to do many cycles of it. I was one of the lucky ones whose acne was cured first time round. If you have bad skin, consider exploring Roaccutane. Do your research well, and weigh up whether you are willing to endure the side effects. They may be different to mine, or you might have exactly the same ones, but it is a personal choice that only you can make.

I hope you have found this post really useful or interesting. I love skincare and now love my skin after this long and frustrating journey, but every part of it was worth it. 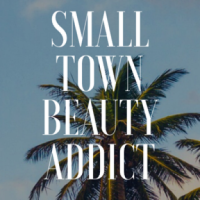 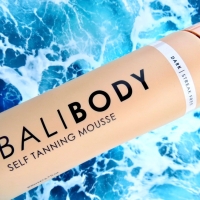 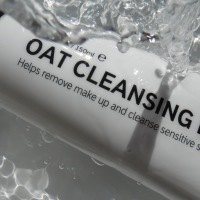 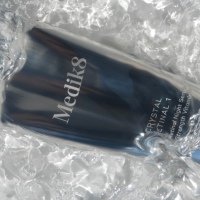 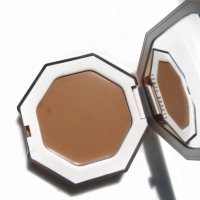 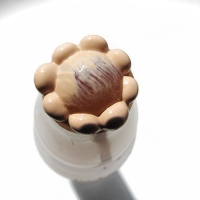 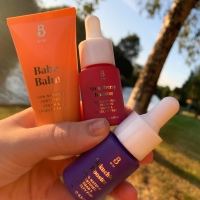 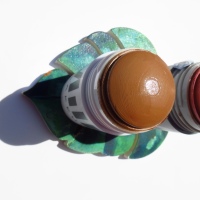 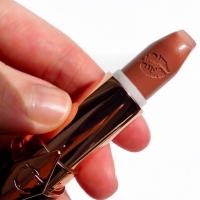 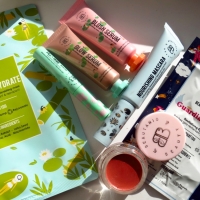